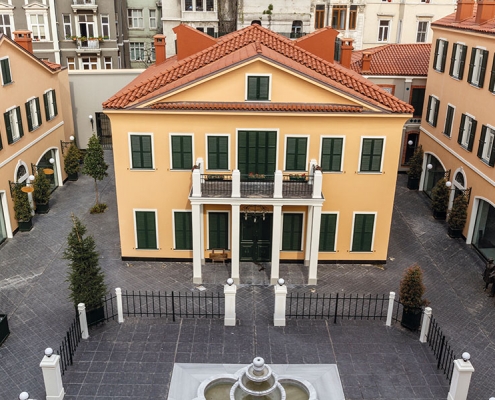 The famous Narmanlı Han building of Beyoğlu was built in 1831 and had been used for various purposes in history such as an embassy and a prison. In the following period, it was bought by the Narmanlı family and became a private property and had been home to many writers and artists for years as a residence and offices. The building complex, which has not been used since the beginning of the 1990s, had been restored to be a living part of Beyoğlu in the possession of the Esen and Erkul families. Reinforcement and concrete rough works, electrical and mechanical works and partial architectural works including timber works have been completed within the scope of the project, which has been renovated by preserving its original features.